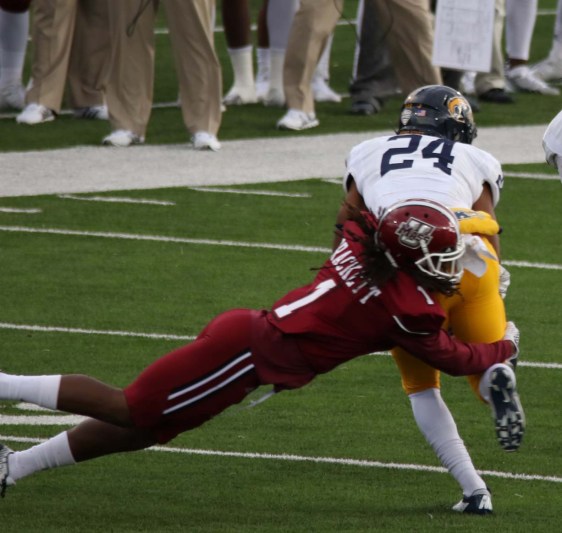 This past season, some of you took it upon yourself to personally attack me and the staff of UMass football, to which I say this: it’s easy to be a bully when you can hide behind Twitter handles and false identities; in fact, it’s downright cowardly to act that way. Would you say the things you’ve typed to my face or to the coaches? Sadly, I think some of you would and it is you to whom I address this post. 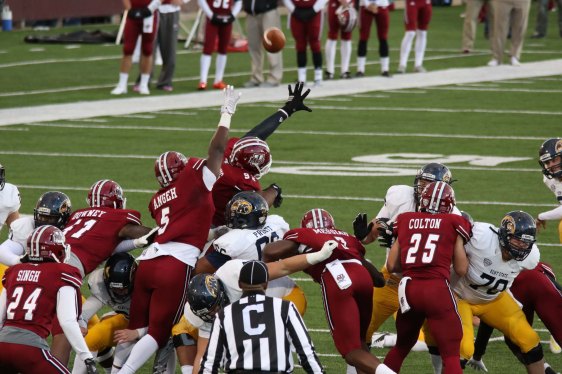 Some of you have felt  the need to call me a delusional homer and condescendingly question my objectivity when I defend the team. Let me assure you that I have been involved with college football for 20 years and am a student of the game. Further, I’ve never covered up my connections to UMass Football, I put my real name on my Twitter account and I have told you that my  husband has been the team videographer for nearly two decades. Though I know I’m not as objective as someone with zero skin in the game, I’m hardly the homer some people have said I am. I’m very well aware of the struggles we’ll continue to have and I know there have been a hell of a lot of issues over the past five years that still need to be addressed. Believe me, my husband and I have LIVED every shitty moment, which is why I prefer to focus on the positives and support the team by spreading the love I have for everyone involved. I’ve seen the worst that can happen to a football team through bad decision making and the lack of a solid supportive fan base.  Nothing any of you can say about or to me can possibly hurt me. You’ve pissed me off by bullying my family, but let me assure you that nothing you saw fit to say about me made even a tiny dent in my psyche.

Nobody enjoys losing, least of all the players and staff who willingly sacrifice their health and personal lives in pursuit of victory. Do you think we wanted to be 3-9 again this year? If I didn’t know any better, I’d think some of you honestly think the team loses just to piss you off and ruin your weekend. Trust me, if the worst thing that happens to you during the week is that your team loses, you’re better off than 3/4 of the six billion people on the planet.

For those of you who think you know better than the coaches and that you have the right to slander them over questionable playcalling, let me ask you this: have you never made a mistake at work? Coaches are only as good as their players and they can preach technique and focus until they’re blue in the face, but they can’t make the players execute on gameday. When things fall apart, it may look like they’re just throwing things at the field to see what sticks, but they’re trying to adjust to issues on the fly. If they do the wrong thing, it isn’t because they’re incompetent or don’t care. They don’t deserve the namecalling and destructive criticism you feel entitled to spew across social media. 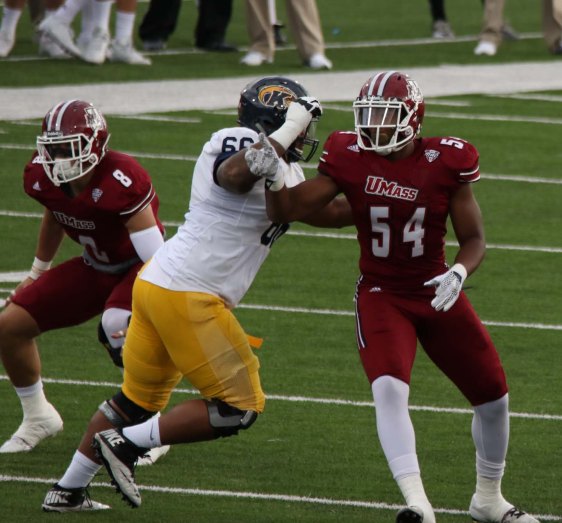 One of you took me on when I said that change wouldn’t happen overnight; you were incredulous that I could even suggest that things would not have turned around 100% in two years. Although I’m not one for pithy slogans, Coach Brown had a saying that rings true: it takes 100 years to grow a tree and ten minutes to chop it down. When Coach Whipple came back, everyone was star struck- here was a coach who came to UMass in 1998 and won the National Championship the same year, left to coach quarterbacks with the Pittsburgh Steelers AND won a Superbowl before coming back to right the ship. How could expectations not be running high? How could we all not have had stars in our eyes as we thought of the future of UMass Football with Whip once again at the helm? Expecting the same results in 2015 that we saw in 1998 when the circumstances are completely different is both unrealistic and unfair. It took no time at all to nearly destroy a once proud and storied football program. It will take a lot longer to restore it. Nobody wants to fix things more than Coach Whipple and the current administration but you can’t expect change to happen right away. In this day of instant gratification, we’ve gotten so used to getting what we want exactly when we want it, but moving forward, UMass has to do things the right way and that doesn’t include quick fixes. Quick fixes nearly killed us. For those of you who won’t be renewing your season tickets, I say fine, go. Don’t let the door hit you on the way out. In the meantime, I will continue to support my team, at games and through social media, in good times and in bad. That’s what REAL fans do.